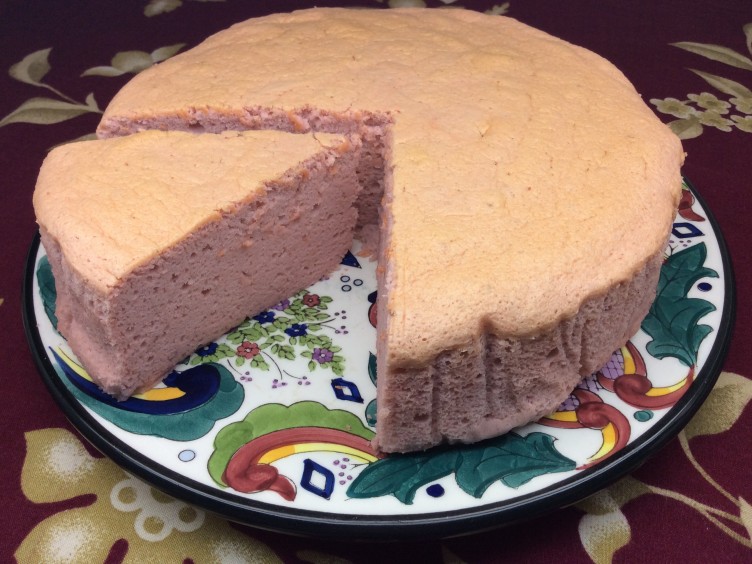 In March 2015, a store named Uncle Tetsu’s Cheesecake opened up near where I work.  Having some Japanese heritage in my background, I am usually intrigued when something Japanese-y opens up, even though cheesecake didn’t sound very Japanese-y to me.  And I am always interested in new dessert places, so I was curious about these cakes.  However, there was a lineup going out the door, so I decided to go back another day, after the excitement of the grand opening died down.

I was surprised when the lineups continued, day after day, week after week, through snow, rain, and freezing cold (we were coming off the coldest winter in the history of Toronto).  And I was amazed when I found out that people regularly waited in line for more than 2 hours to buy a cake, the store had to put limits on how many you could buy (one per customer), and they eventually changed their opening time from 11am to 7am.  7am!  For a cake!

So I did what any reasonable cake-loving person would do:  I stalked the store.  I’m not ashamed to admit it (well, maybe a little ashamed).  Every time I went by, I looked at the lineup to see how long it was.  I could see the store front from the lounge at work, so I would peek out the window during my breaks to see what was going on.  I mused about the possibility of installing a webcam so I could have live updates when I was working at my desk.  [EDIT:  Someone else apparently had the same obsession, and ran an unaffiliated Tetsu Twitter feed!] 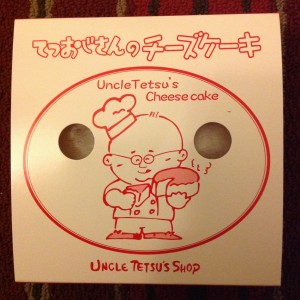 Finally, I hit the jackpot – in early June, at 8:15am, the last person in line told me that the staff had announced the wait would be ONLY 20 MINUTES!!!  I got in line immediately!  Sure enough, the cake came out pretty much right on schedule, and I went away with my precious cargo.

Let me tell you, this is some cake.  It is not a cheesecake in the style of a classic New York cheesecake, but it is a cheesecake in the sense that it is a cake that has cream cheese in it.  When it comes fresh and hot out of the oven (yes, cake was eaten at 8:45am), it is very much like a soufflé – light, airy, and egg-y.  It is not particularly sweet, either.  After it cools down, or has been in the fridge for a while, it becomes a bit more dense and more cake-like.  Some people prefer it hot, others prefer it cool, I prefer it all the time.  Any meal can be improved by one of these cakes. You can eat soufflé for breakfast, right??

It turns out that the cake is as addictive as crack. I started coming in to work earlier and earlier, so that it became easier and easier to get a cake.  Eventually the cashier started recognizing me, and Mathieu was embarrassed by how often he brought the cake leftovers back to work.  Something had to be done:  we had to learn to make the cake ourselves.

After a bit of experimentation, we came up with something that is pretty close to the original. It will keep up to 4 days in the fridge, but if you can keep it around for that long, you have better self-control than we do!  (Every time I see the cake, I have an overwhelming urge to stuff the whole thing in my face, using nothing but my hands.  Must.  Stay.  Under.  Control.)  If you want a plain version, replace the strawberries with 1/4 cup milk.  The baking is a bit fussy, with multiple temperatures – this is to keep the cake from turning brown, and to prevent too much shrinkage.

PS:  More than a year after opening, Uncle Tetsu still has lineups out the door.  The cake is that good! 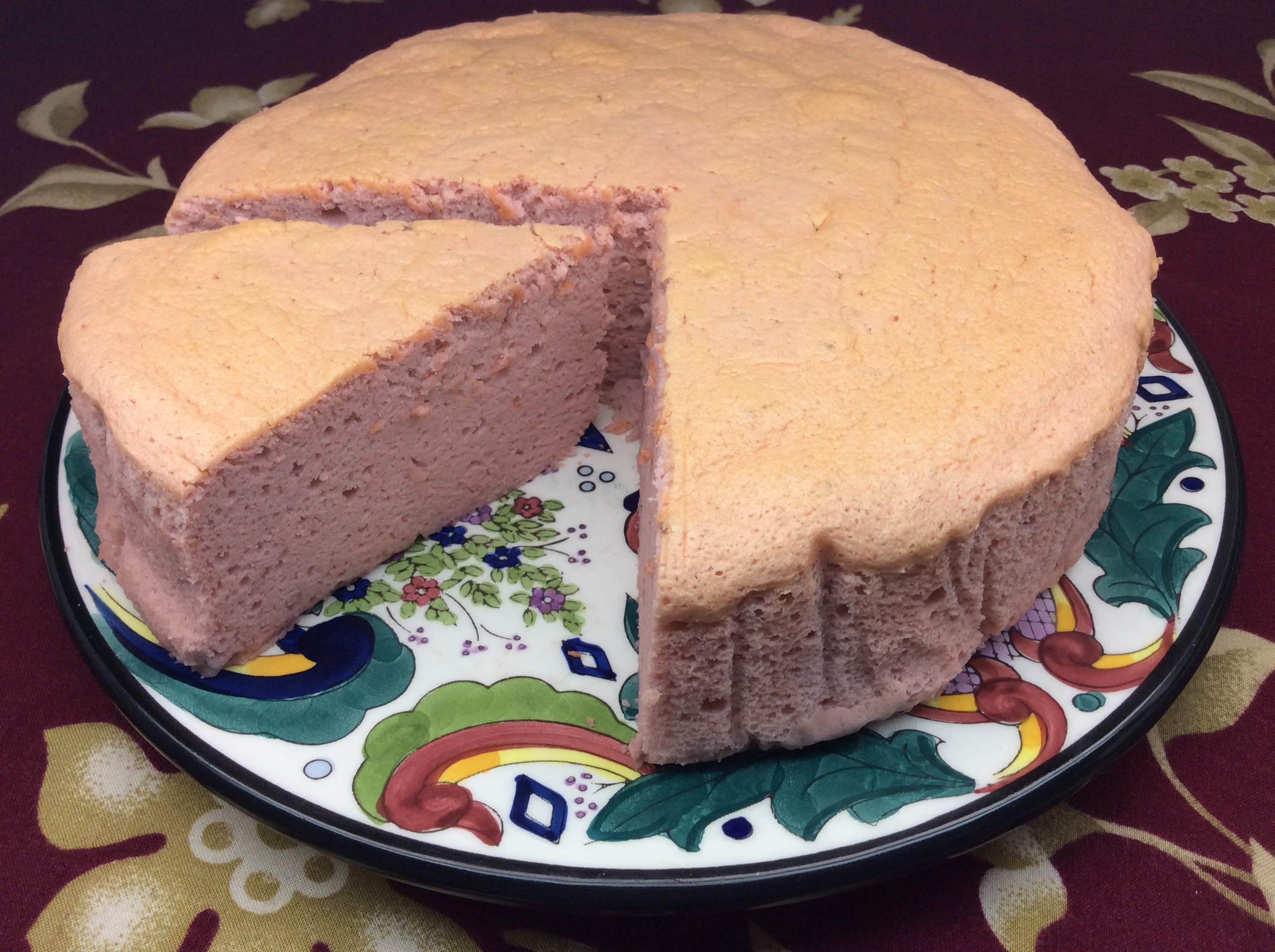