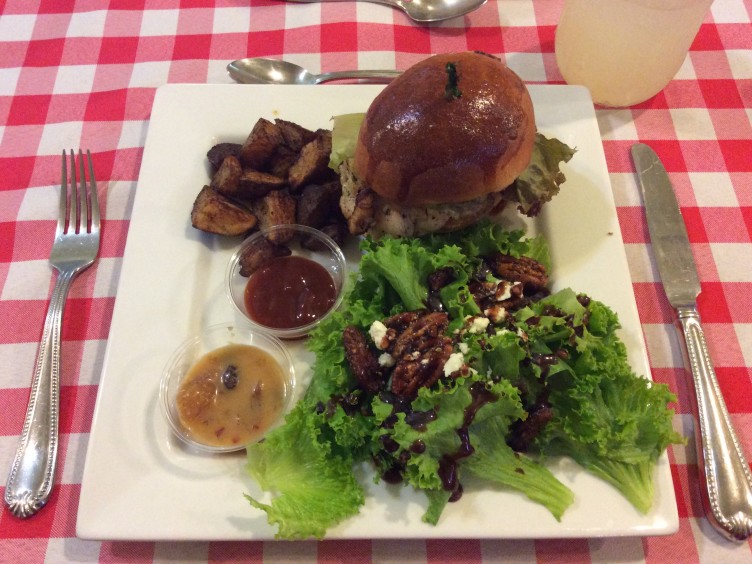 We recently vacationed on the Big Island of Hawai’i, which was an incredible experience.  It is an amazing place if you love being outdoors, and has a wide variety of weather conditions (and therefore growing conditions), due to the volcanoes on the island. 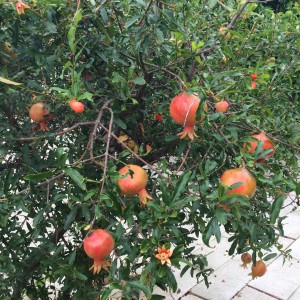 The food there is amazing.  Pretty much any drive on a Saturday morning will take you to a local farmer’s market, where you can buy whatever is in season.  When we were there (end of October and early November), we found fruit such as mangoes, papayas, a very small but sweet banana called an apple banana, rambutan, and the ever present pineapple.  Plus produce that I normally do not associate with hot weather, like cucumbers and kale.  We even saw a pomegranate tree growing in someone’s front yard!

Although it is mostly known for the famous Kona coffee, the Big Island grows a bit of everything.  We took a tour (with lunch) of the Hawaiian Vanilla Company.  This farm is located on the Hamakua Coast, on the north side of the island, about halfway between Kona and Hilo. 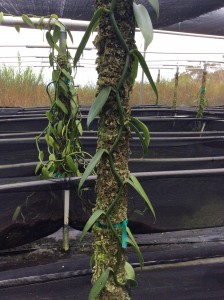 Vanilla beans come from an orchid, Vanilla planifolia, which is the only orchid that produces edible fruit.  It is native to central Mexico, and is pollinated by only one insect, a local bee which lives in a very limited geographic range.  Elsewhere, the flowers are pollinated by hand, which is not a straightforward process, making vanilla beans very expensive. Plus, the flower is only open for a few hours, meaning that the plants need to be constantly inspected during the flowering season, and pollinated immediately. Another interesting aspect of the orchid is that it will only grow within 25 degrees longitude of the equator, meaning that Hawai’i is right on the edge of its growing range.

We visited a small plot of vanilla plants.  This area is not used for production, and is just for tour demonstrations, since the farm cannot risk us bringing diseases into their main growing area.  There was one vine that had green vanilla pods on them, and they were much larger than we were expecting! 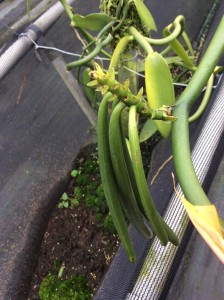 Once the vanilla is ready to be harvested, it goes through an extensive drying process that is a trade secret.  This is where the vanilla beans get their distinctive flavour, similar to how roasting coffee beans is  large part of the final taste.  Needless to say, we were not allowed to see this in action.

All in all, the tour was an interesting and unique experience.  The 3-course lunch (pictured above) featured all things vanilla — the ice cream was amazing, and there was also an extensive gift shop.  We’re very happy we went, even though we had to practically run up a steep hill (the beautiful Waipio valley lookout) to get there on time!